The Jolly Dolphin is what some people call a “workboat yacht.” It was built by “Mr. Jim” Richardson in the style of old Chesapeake Bay oyster boats in 1958, but it was only ever used for leisure.

As oystering declined in the 1950’s and ’60s builders like Richardson sought clients who did not intend to use their boats commercially. READ what Pete Lesher, Chief Curator at the Chesapeake Bay Maritime Museum in St. Michaels, Maryland, has written about this evolution of workboat yachts. 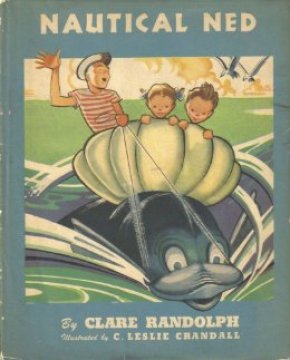 Legend has it that the name “JOLLY DOLPHIN” came from a character in a children’s book called “Nautical Ned.” It has been said that this was the favorite book of the original owner’s two young sons.

In 1957, the keelson for Jolly Dolphin was laid in Loyds, Maryland. Watch a short video of Mr. Jim dragging the oak log to the building shed here:

The Jolly Dolphin was built upside down because it was easier to plank the bottom. The keel was just about at waist height. See the original owner’s video from 1958 here:

A family member of the second owner of the JOLLY DOLPHIN recently provided another video. Here is one segment:

“Jack,
I think that is on the upper Sassafras. My great uncle kept his boat right by the Granary and I think that movie was taken from the marina in the summer of ’68…. Russell was one of my child hood heroes. I love that clip with him in bare feet. That is his dad, my Uncle Will, in the companionway.
Kind regards,
Tom”