The Jolly Dolphin was available for a new steward on the Wicomico Creek near Salisbury, Maryland, in 2007.

In April of 2007, we were going down to Chincoteague, and I had seen an ad for the Jolly Dolphin and was impressed by it because it’s a traditional Chesapeake Bay sailboat. It turns out to be on the way, so we stopped to have a look at it. And I couldn’t talk myself out of it. It wasn’t, you know, like, love at first sight, it was just a very fascinating thing. – Jack Zuraw

From early 2008 through December of 2010 she was at the Ruark Boatworks of the Richardson Maritime Museum in Cambridge.

In 2008, work at the Ruark Boatworks began in earnest [PDF]. 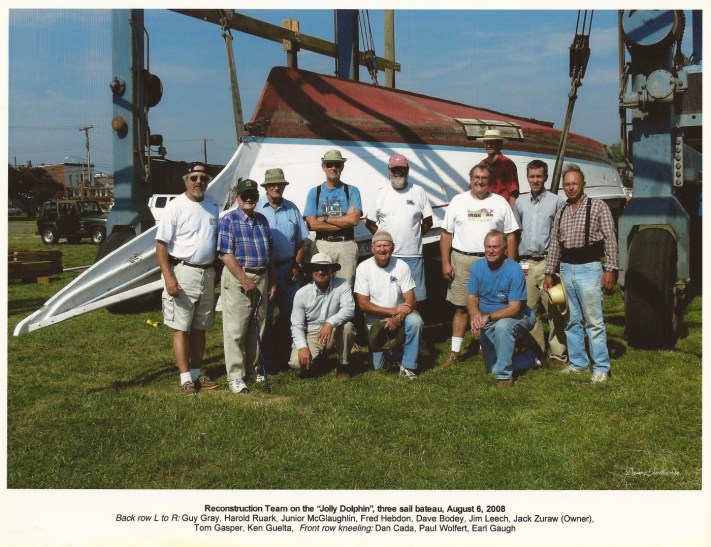 On November 29, 2010, after two years replacing the bottom and much of the side planking, the Jolly Dolphin was afloat once again!